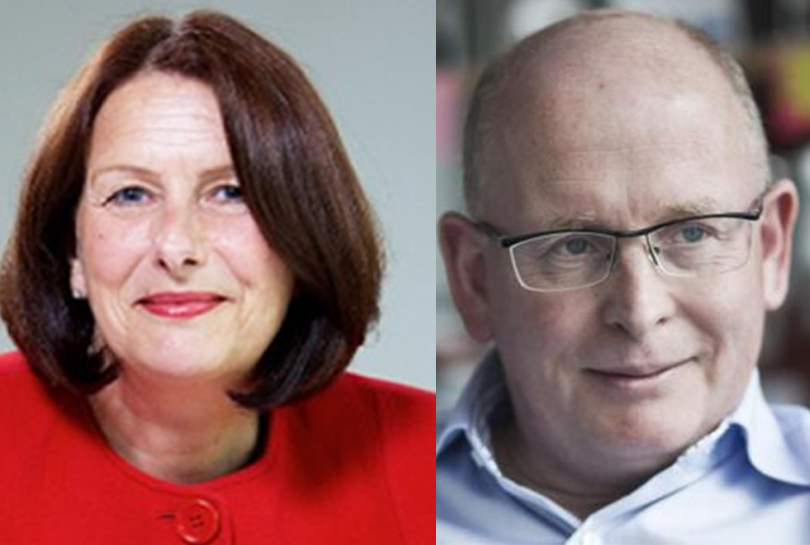 We are delighted to announce that the DRS2018 Gala Dinner, June 28, will have two exceptional speakers offering diverse perspectives on Design as Catalyst for Change. Distinguished Professor Rachel Cooper, DRS President, will explore the topic from the perspective of Research while Brian Stephens founder and head of Design Partners, brings the industry view.

DRS President Rachel Cooper is Distinguished Professor of Design Management and Policy at Lancaster University, where she is Chair of the Lancaster Institute for the Contemporary Arts and Director of ImaginationLancaster, a design-led research lab. She was elected a Fellow of DRS in 2006, and was awarded a UK national OBE honour for services to education in 2012.

Rachel's design research work began in the 1980s with a PhD on technological change in graphic design at Manchester Polytechnic (now Manchester Metropolitan University). She went on to become a Professor at Salford University, before being appointed as the founding Director of Lancaster Institute of Contemporary Arts in 2006., where she was also given £3m to launch ImaginationLancaster.  Her research covers design management and design policy, and she has particular interests in design for wellbeing, socially responsible and sustainable design. She has written extensively in design, and co-written several books: The Design Agenda (1995), Creative Product Design (2000), The Design Experience (2003), Process Management in Design and Construction (2004), Designing Sustainable Cities (2009), Constructing Futures (2010), The Handbook of Design Management (2011), and Wellbeing and the Environment (2014) Living in Digital Worlds. (2018).  She is also series editor of the Routledge  series Design for Social Responsibility, covering topics such as designing for sustainability, inclusivity, service design, sport, health, transport and policy.

Rachel was the founding president of the European Academy of Design in 1994  and founding editor of The Design Journal in 1997. She has undertaken several advisory roles with national and international universities, government and non- governmental organisations, including being Chair of Aalto ARTS Strategic Advisory Board, the EU Design and Innovation Leadership Board, the UK Government Foresight programme on the Future of Cities, the 2014 Blackett review on the Internet of Things, and the Academy of Medical Sciences working group addressing ‘the health of the public 2040’. She was AHRC panel convenor for visual arts and media practice, history and theory postgraduate awards, 2000-2005, and sat on the Council of the AHRC (2000-2010). She was a member of the UK Research Assessment Exercise Panel for Art and Design in 2008  and 2014. She is currently a member of The Royal College of Art Council, on the Expert Steering Group for the UK Partnership for Prevention Research and a UK representative on the ICSU Scientific Committee for Health and Wellbeing in the Changing Urban Environment.

Brian Stephens is the founder and CEO of Design Partners. The firm is founded on the idea that MAKING BETTER is exactly what design is for and that well-designed products and experiences enhance and transform people’s lives, fuel client’s business ambition and in doing so grow the significance and value of their brands. As a studio of product designers, strategists, experience creators, mechanical engineers, innovators and prototype builders Design Partners has built a unique hands-on approach to making things. The firm is known for an exceptional ability for execution and delivery of beautiful, innovative and differentiated products.  Design Partners work has been recognised across the globe for the design of category defining products with mass consumer adoption. Their work has won all of the major design awards including iF, Good Design, G Mark, Red Dot, Janus and IDSA Gold. Brian is a graduate of Birmingham City University. He spent two formative years working for GK Design Group in Japan before setting up Design Partners with David Morgan in 1984.
www.designpartners.com