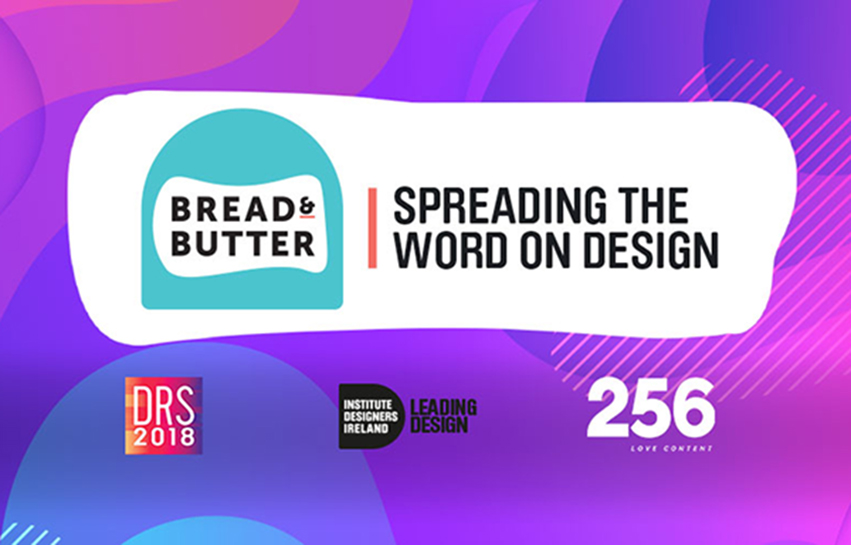 The Institute of Designers Ireland are hosting one of their Bread & Butter sessions as part of DRS2018 on Tuesday 26th.

The IDI Bread and Butter sessions, the social highlights of the designer’s calendar, are where the IDI bring practising designers from across the spectrum of design activity together to share their work and processes over drinks.

The IDI are hosting a special edition of their Bread & Butter sessions for DRS2018 (Tuesday 26th 8pm) where we will toast to the best of what Limerick designers have to offer.  Join us in Flannery’s 1314 at 8pm on Tuesday 26th June, places are limited and it is ticket only https://www.eventbrite.com/e/idi-bread-butter-limerick-tickets-46085783820

After graduating from LSAD, David began his career in RTÉ designing opening titles, channel idents and animations for broadcast. In 2006, David returned to his native Limerick and established the motion design studio ‘Mode Vision’, developing a large client portfolio on a national and international stage. David has won numerous awards, including the Grand Prix Award at the IDI Design Awards in 2012. He has been twice selected for the 100 Archive. David is also a lecturer in Animation & Motion Design at the Limerick School of Art & Design.

Philip graduated from UL/NCAD's joint course in Industrial Design. He worked at engineering design consultancy Manus Coffey Associates and industrial design consultancy Design ID before setting up Blackbox Design providing graphic and product design services for indigenous and international clients. In 1992 he sold Blackbox in order to focus on developing his own product range which he now produces and sells online and from his studio in Limerick.

Matt is an award-winning Illustrator and Author from Kells, Co.Meath. With clients including Disney, Warner Bros, Penguin & Harper Collins, he has garnered an international reputation for distinctive and innovative graphic art. He is also the author of The Ayla Trilogy (O’Brien Press) with his debut novel ‘A Cage of Roots’  named the LAI Children’s Book of the Year 2017 in the 9-11 age category. He lives in Ennis, Co.Clare, with his wife and two daughters.